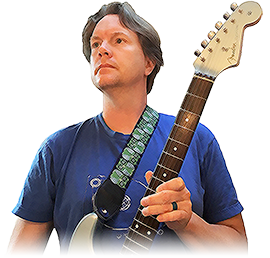 With 25+ years of music supervision and licensing under his belt, Chris has worked on a wide variety of film, television, advertising and video game projects. He co-founded Brandracket with Tim Scanlin in 2005 to pursue their interest in fostering mutually beneficial relationships between artists and brands. A semi-retired "band guy", he continues to play guitar, lap steel, bass and piano every day, and still threatens to get the band back together. He strives to live up to Charles Mingus' (his favorite jazz artist) words: "Making the simple complicated is commonplace; making the complicated simple, awesomely simple, that's creativity". Chris currently lives in Illinois with his wife, 2 kids, a squad of rescue animals, and never quite enough guitars. 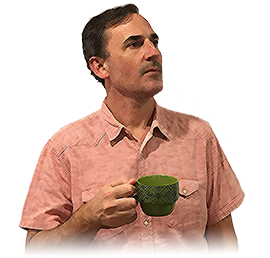 Fun facts: Long Beach, CA native Tim played AYSO with Brad Nowell from Sublime and went to high school with Snoop Dogg (go Jackrabbits!). He's worn every conceivable hat in the music industry, including radio DJ (KALX in Berkeley), zine publisher (SnackCake!), record store clerk, band dude (Actionslacks), journalist (MTV News), label guy (Rhino/Warner), music supervisor and, above all, fan. He started Brandracket with Chris Parker in 2005 to help brands (and subsequently filmmakers, game developers and other creatives) source and license awesome music, and he still loves his job. His top 3 favorite bands of all time are The Who (until Keith died), X and The Minutemen, but he also loves and listens to lots of music from this century. He lives in Altadena, CA with his wife, two sons and a commercial-grade espresso machine.